FIFA World Cup 2022 is just days away and the world is exhilarated and thrilled by just the thought of it. Football is the undisputed favored sport among all the other sports, and The FIFA World Cup is the carnival of the footballing world. 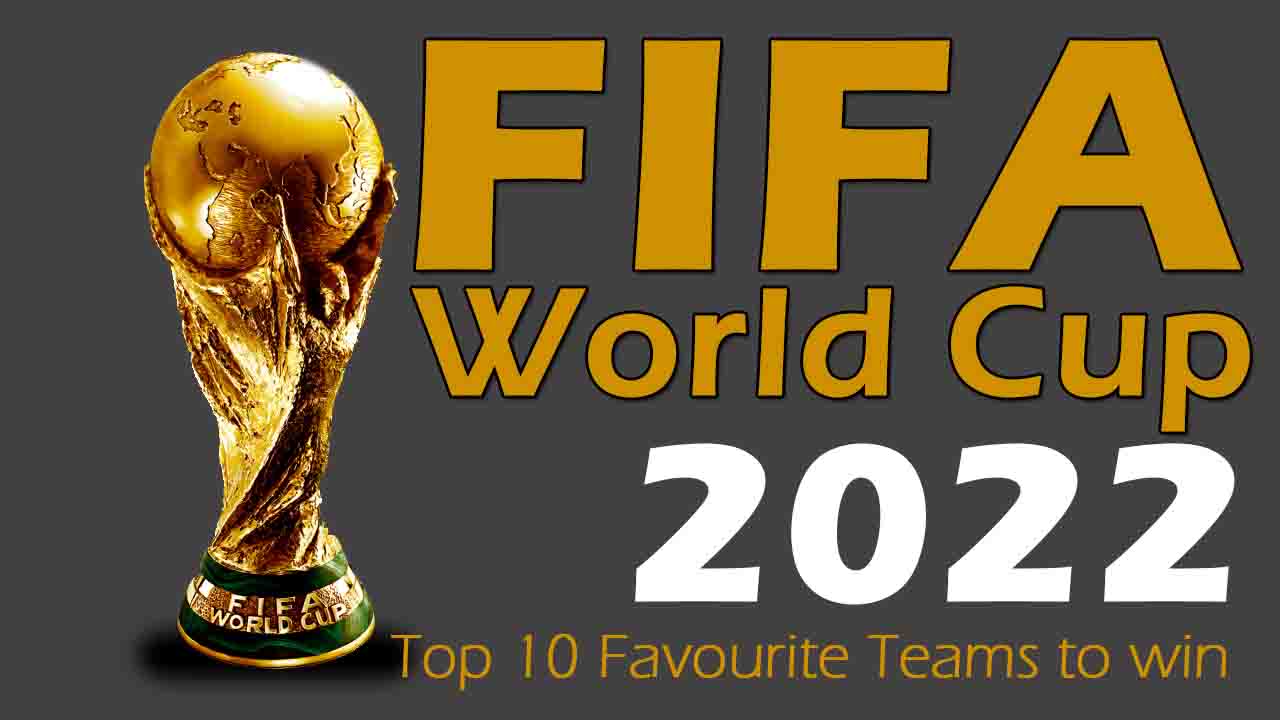 Hi, readers today we talk about the most exciting phenomenon among all the sports across the world, and I’m sure you all are also excited about it. Yes, it is the FIFA World Cup 2022.

The FIFA World Cup happens every four years and this year it is scheduled to take place in Qatar from 20 November to 18 December 2022. This is going to be the first-ever world cup happening in the whole of the middle east region and the second World Cup held entirely in Asia after the 2002 tournament in South Korea and Japan.

There are 32 teams in total who participate in this tournament by qualifying through numerous matches. This year’s tournament is scheduled to be the last with 32 teams and is slated to increase to 48 teams for the 2026 tournament which is scheduled in the United States, Mexico, and Canada.

Teams Qualified for FIFA World Cup 2022:- Here’s a list of total teams qualified for this year’s tournament and their FIFA Rankings.

Brazil is on the top of the FIFA Rankings currently and is Hot Favorite to win the tournament. In addition, they also named a very strong squad for the upcoming tournament. Their squad is balanced with both young and experienced players. Moreover, the recent form of the Brazil national team is also good ahead of the World Cup. PSG’s Neymar will be the key player of this year’s squad as he is the player with the most expectations in this Brazilian squad, besides him Gabriel Jesus, Richarlison, Thiago Silva, Eder Militao, Vinicius Jr., and Alisson Becker are equally important players for them.

Full list of players who made it to the Brazilian Squad for the tournament:-

Argentina is the second favorite to win the FIFA World Cup 2022, on the contrary, for many football fans, The Albiceleste is currently the best team in the world despite their 2nd FIFA Ranking and are stronger as a squad than their contemporaries. Their current unbeaten run of 35 matches in international football approves it. Lionel Messi, the walking legend and one of the Goats of the game is the reason for their strong claim as the contenders to win the tournament. Furthermore, they also have players like Angel Di Maria, Lautaro Martinez, Paulo Dybala, Lisandro Martinez, and Emi Martinez.

Full list of players selected for the Argentinian squad:-

The Les Bleus are currently fourth in FIFA Rankings and are the third favorite to win this year’s FIFA World Cup. France is the defending champion of the world cup despite this they are one of the hot favorites to win the tournament again. Undoubtedly they are an elite squad with one of the finest talents in the world of football,  furthermore, they have talismans such as Kylian Mbappe and Karim Benzema who can change the course of any match on their own. Hugo Lloris, Raphael Varane, Theo Hernandez, and Adrien Rabiot are equally important players in the French team.

The full list of the French Squad for the World Cup is listed below:-

The Three Lions are the fourth favorite team to win the tournament this year owing to the fact that they have one of the most balanced teams. Moreover, they are fifth on the current FIFA Rankings. Their chances of winning the tournament are high because of their talismanic captain Harry Kane, clearly, he is a towering presence in the box that only compliments his prolific goalscoring ability. England’s squad is full of exciting young talents who are keen to make their mark in FIFA World Cup. Their most important players include the likes of Phil Foden, Jude Bellingham, Mason Mount, Aaron Ramsdale, Bukayo Saka, and the list goes on furthermore.

The complete list of the players who made it to the English Squad is given below:-

The Spanish team is the fifth favorite in line to win the FIFA World Cup 2022, Besides this, they are no fewer favorites than the Three Lions to lift the trophy. La Roja is one of the most exciting teams to watch this year, Since, they named a very contrasting squad for their World Cup campaign. Notable players who missed the chance to go to Qatar are Inigo Martinez, Sergio Ramos, Nacho Fernandez, David de Gea, and the list goes on. Apart from they have a strong squad including- Cesar Azplicueta, Dani Carvajal, Koke, Rodri, Pedri, along with others.

The full list of players who made it to the La Roja World Cup squad is mentioned below:-

The German squad for the world is one of the strongest in the tournament. They have a balanced team consisting of both attacking and defending players, Therefore, they are the sixth favorite to lift the trophy this year. Undoubtedly owing to their long-lasting and veteran goalkeeper captain Manuel Neuer. Their squad also includes the evergreen Thomas muller who was magical in their Worldcup win of 2014. Other notable players in the German squad considering the current form at both club and country are- Kai Havertz, Leroy Sane, Jamal Musiala, Joshua Kimmich, Antonio Rudiger, and Nico Schlotterbeck.

Full list of players selected for the German squad:-

The Portugal national team is in ninth place in the FIFA Rankings and one of the favorites to win the tournament. They are considered the Dark Horse of this year’s FIFA World Cup, owing to the Goat of the footballing world and their captain fantastic Cristiano Ronaldo. Portugal’s squad is quite balanced in both the attacking and defending department including some of the world’s best ballers currently. Their most crucial players are Joao Cancelo, Ruben Dias, Bernardo Silva, and Ruben Neves.

Full list of players selected for the Portugal squad:-

The Netherlands is in eighth place in the current FIFA Rankings additionally they are also the eighth favorite to win the tournament this year. Their chances to win the FIFA World Cup 2022 increase as they are a balanced team and have their talismanic defender Virgil Van Dijk fully fit ahead of the tournament, no doubt he is a towering presence in the defending box and also adds an attacking threat through setpieces. The most notable players in their squad include – Matthijs de Light, Stefan de Vrij, and Memphis Depay along with others.

The complete list of players who made it to the Netherlands squad for the tournament is mentioned below:-

Belgium is in second place in the current FIFA Rankings, despite this they are in the ninth spot to win this year’s FIFA World Cup. Besides this, they were extremely dominant in the World Cup qualifiers and will hope to continue this form in the World Cup as well. They finished the 2018’s tournament in third place and this year the hopes of the country will be higher from the team, as the Belgium squad is fancied the Golden Generation of their football team. They have many star players who are extremely talented and can change the course of any match on their own. This includes their captain Eden Hazard, Kevin De Bruyne, Romelu Lukaku, and Thibaut Courtois along with others.

The full list of players who made it to the Belgium squad is mentioned below:-

Denmark is in Tenth place on the list of favorites to win the FIFA World Cup in 2022, owing to the fact that they have named a very balanced squad and some of their important players are performing really well at the club level recently, Such as Christian Eriksen and Pierre-Emile Hojbjerg. Apart from this, they have talented players in various positions and a strong midfield. Denmark’s most important players are Simon Kjaer, Christian Eriksen, Hojbjerg, Mikkel Damsgaard, and Kasper Schmeichel.

The complete list of players included in the Denmark squad is listed below:-

The 32 teams participating in the tournament are placed in eight different groups randomly and the groups are mentioned below. Furthermore, the top two teams from each group will qualify for the knockout round.