Top 10 Economies Of The World- Hello Friends, In this Article, we will be looking at the Top 10 Largest Economies In The World in 2022 based on their GDP ( Gross Domestic Product). GDP indicates the overall economic health of a country. GDP refers to the final financial value of domestic products and services a nation produces in a given period of time (say a year). 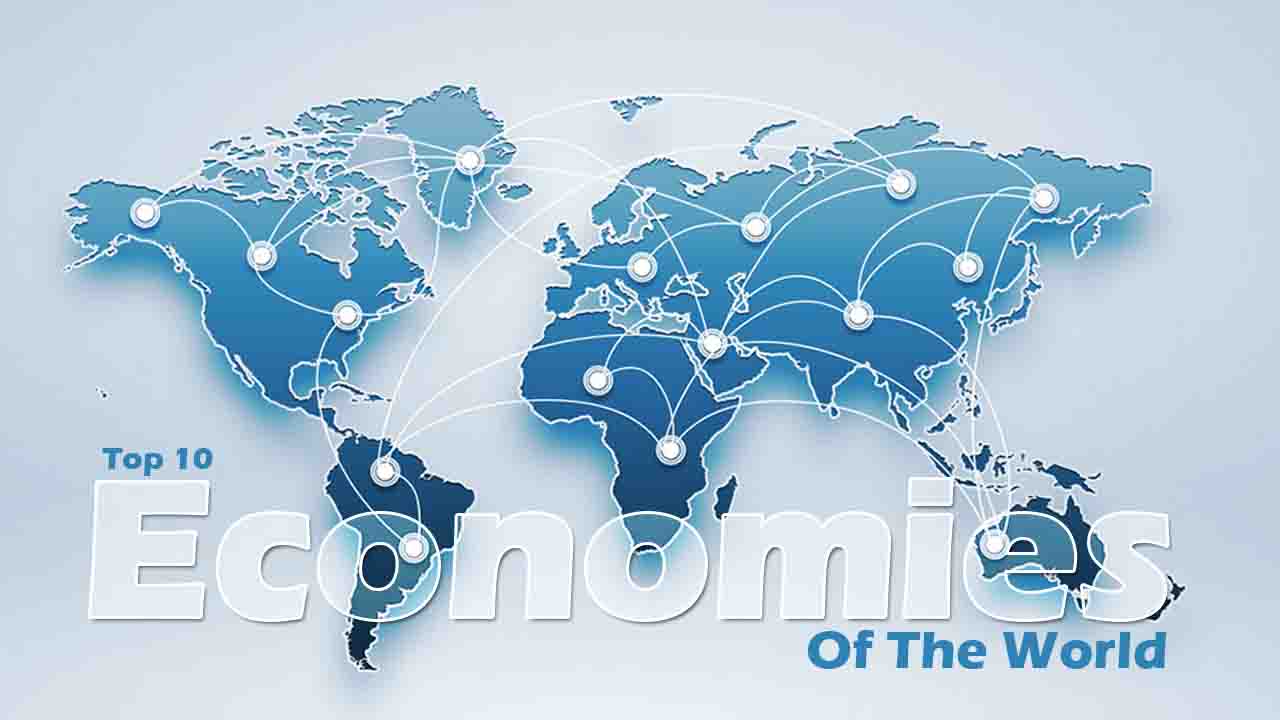 The literal complete form of the term is Gross Domestic Product. However, the actual meaning and definition are a bit technical to understand. GDP is the final economic value of the goods and services a country produces in a specified time period, normally a year. GDP is very reliable if you want to understand the economic stature of a country with respect to the world.

More clearly, GDP is like the mark sheet of the country which shows how the country performed in various domestic fields. GDP shows the country’s overall Economic Development and makes it easier to understand which sector boosted or slowed it in the given period.

List of the Top 10 Economies Of The World Presently 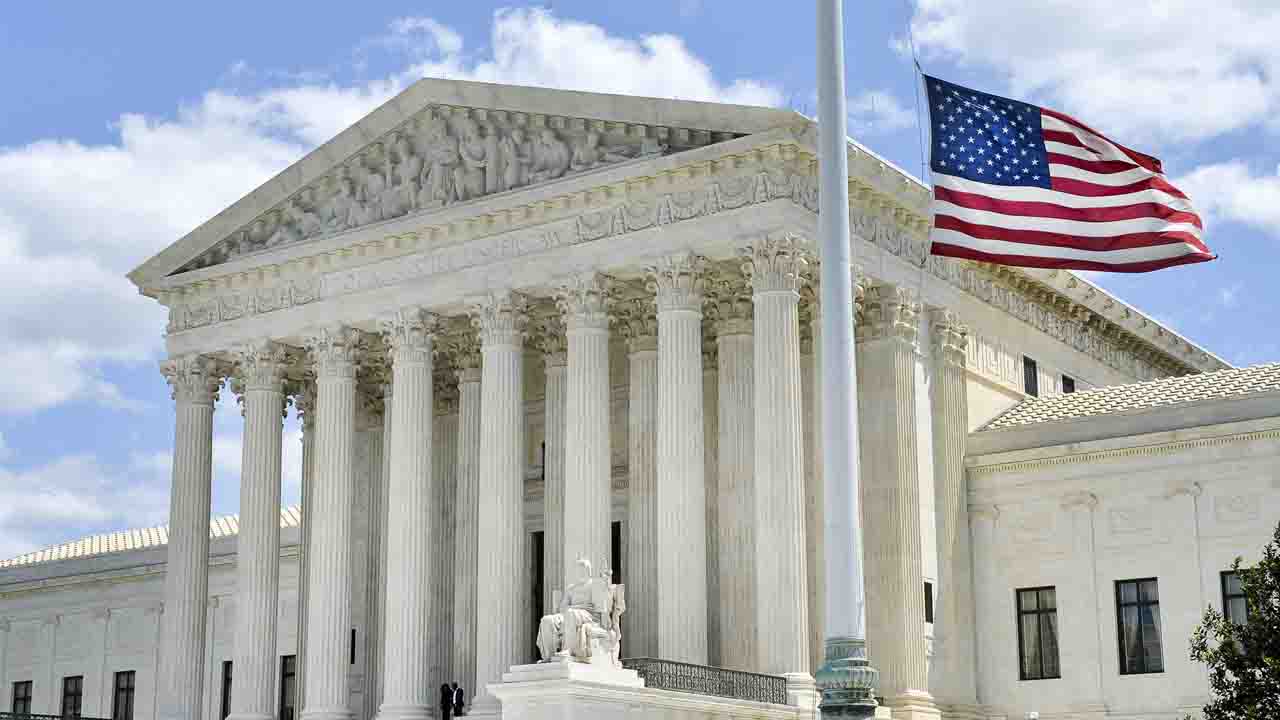 The foremost reason the United States economy is fueled is its abundant natural resources and well-developed infrastructure. They have an entrepreneurial culture and a financial system that supports entrepreneurial activities. There are many other reasons for their humongous GDP like advanced manufacturing technology, a centralized banking system, etc. Healthcare, Technology, Retail, and Construction are major industries driving the US Economy. 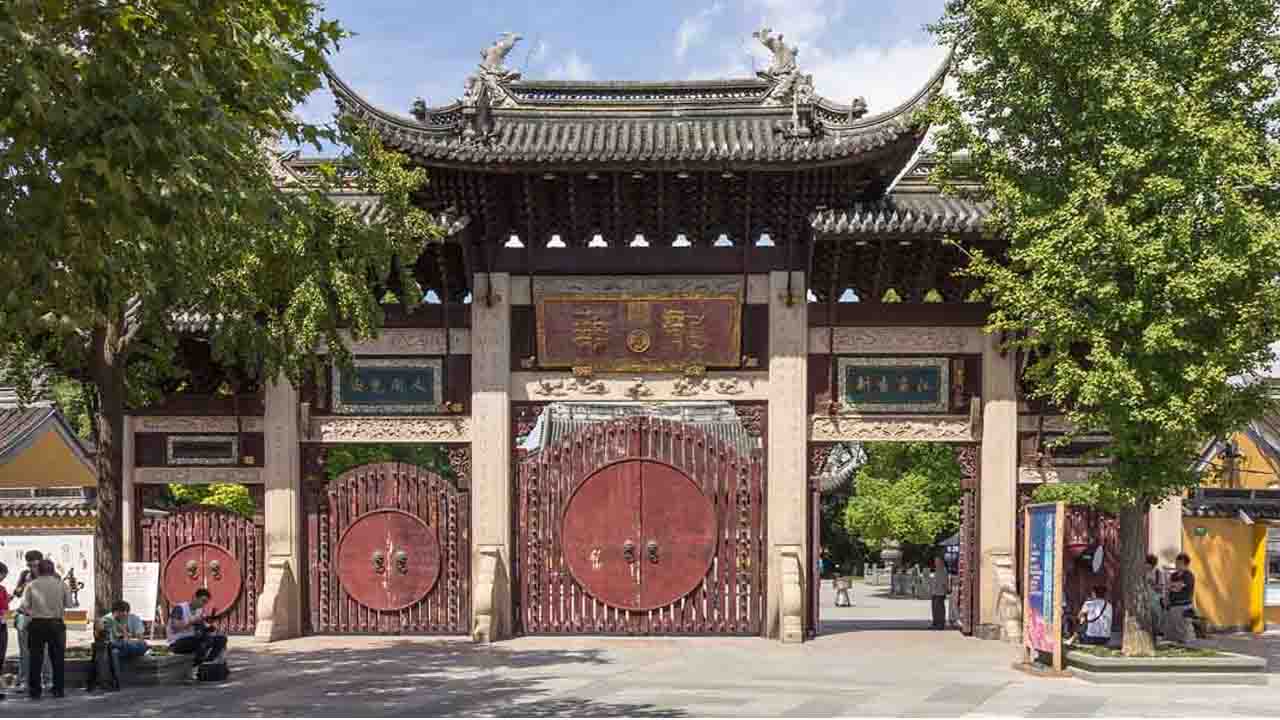 The Chinese economy is one of the fastest and most rapidly growing economies of the 21st century. Two major factors contributing to their economic growth are large-scale capital investment (funded by large domestic savings and foreign investment) and rapid productivity growth. The Chinese are also very hardworking and have good work ethics. The export industry also contributes highly to their GDP growth. Services, Manufacturing, and Agriculture are the three main Industries driving the Chinese Economy.

The prime reason for the growth of Japan’s Economy is the Government Policy. Japanese Government introduced policies that made their nation the third-largest economy in the world. They are very hardworking and advanced in technology than most of the world. They also have a well-educated and skilled industrious workforce. Automobile Industry and Consumer Electronics are the main contributors to the Japanese Economy. Additional key industries in Japan’s Economy are Petrochemicals, Pharmaceuticals, Bioindustry, Aerospace, and Shipbuilding.

The Biggest reason for the German Economic growth is their service industries, including telecommunication, health care, and tourism. They rank #1 in the world of entrepreneurship due to their skilled labor force,  highly developed infrastructure, and technological expertise. The main industries of the German Economy are Automobiles, Textiles, Shipbuilding, chemicals, and the Electrical industry. 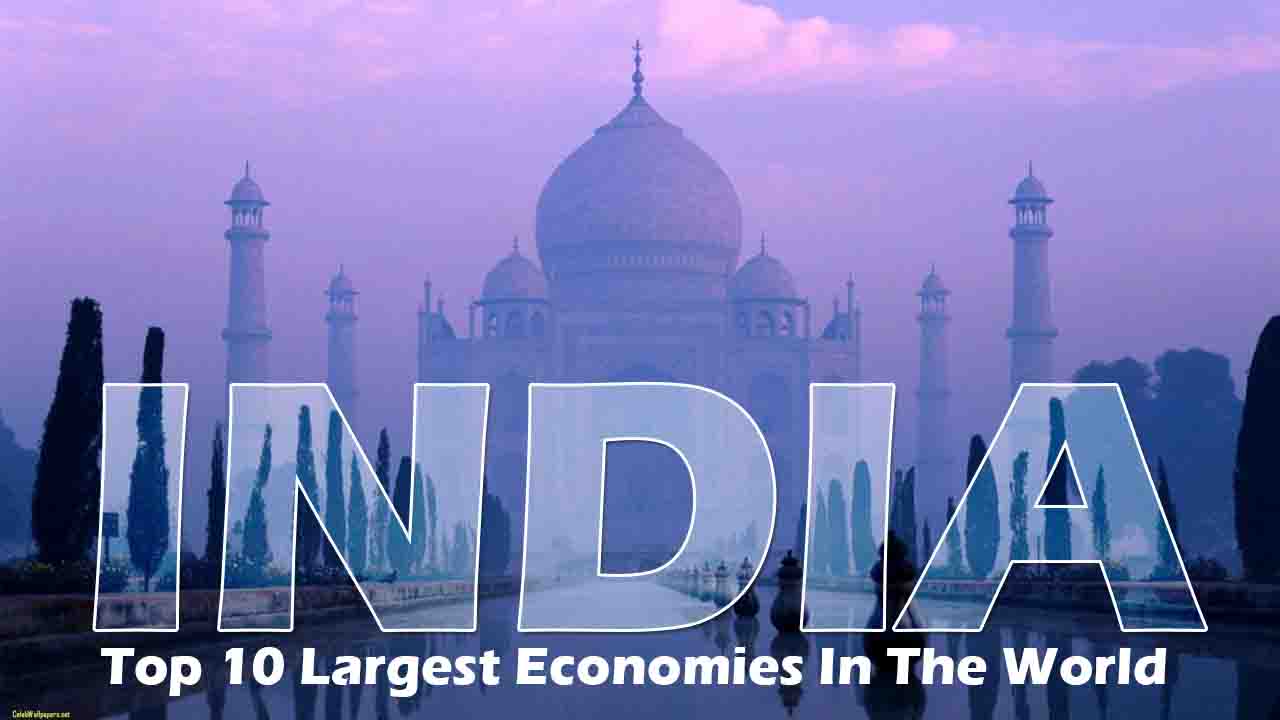 Indian Economy is the 5th Largest Economy in the world it overtook the United Kingdom in march 2022, according to the latest figures from the International Monetary Fund (IMF).  Indian Economy is the most robust and resilient economy among the World Economies. Among all major economies, India’s Economic growth is the highest followed by the United States. In 2015 India became the most rapidly growing major economy in the world.

Economic Reforms contributed to Indian economic growth. The three key engines of the economy i.e. Consumption, Investment, and Exports all have grown strongly over the last year. Moreover compared to the rest of the world, India has much lower debt in the economy. India also has thriving manufacturing, technology, and service sectors. Iron & Steel, Textiles, Sugar, and Information Technology (IT), are major industries in the Indian Economy.

There are various industries that drive the UK economy, some of them are as follows, Aerospace, Agriculture, Automotive Business, Information Technology, Media, Healthcare, Tourism, Financial Services, etc. 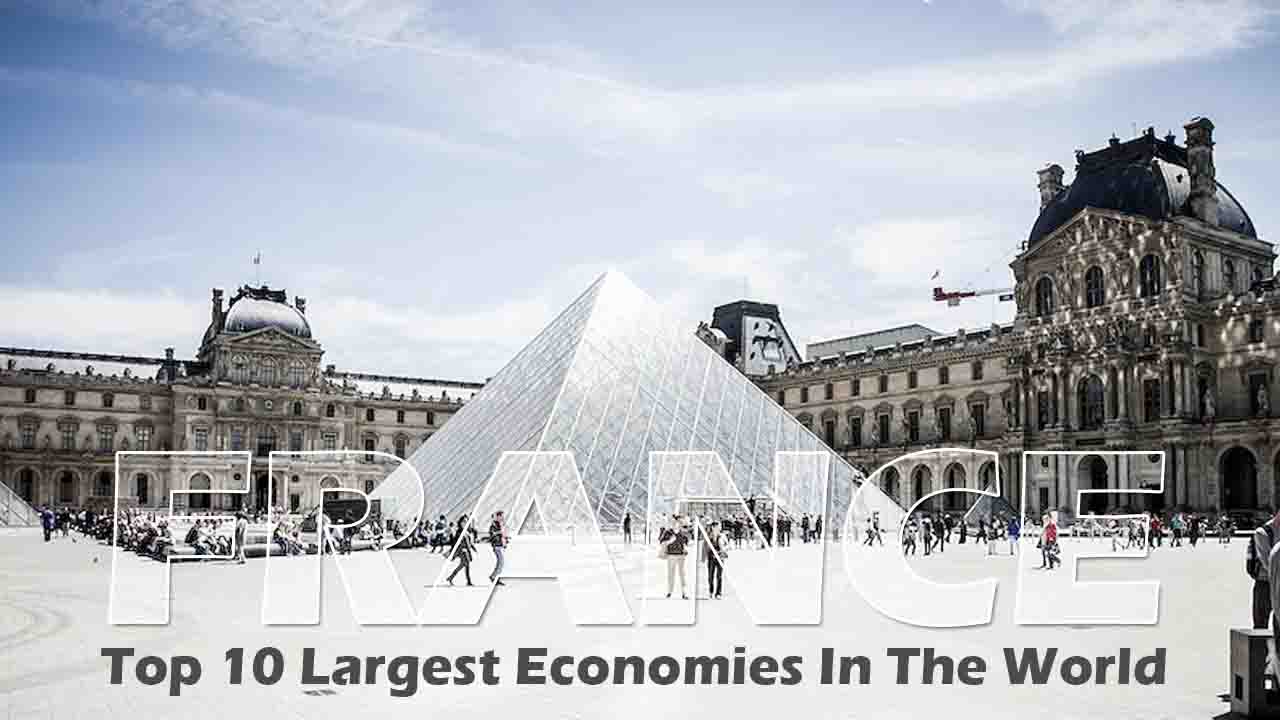 France is the seventh-largest Economy in the World. In France, the Government has partially or fully privatized many companies which helped in the growth of their economy but continued to hold a strong presence in such sectors as Defense, Public Transport, and Power. France has a diverse economy which is led by Tourism, Manufacturing, and Pharmaceuticals. Also, foreign trade is an essential part of their economy.

The economy of France is a developed social market economy. The main industries that contribute to their economy are Tourism, Machinery, Chemicals, Automobiles, etc. 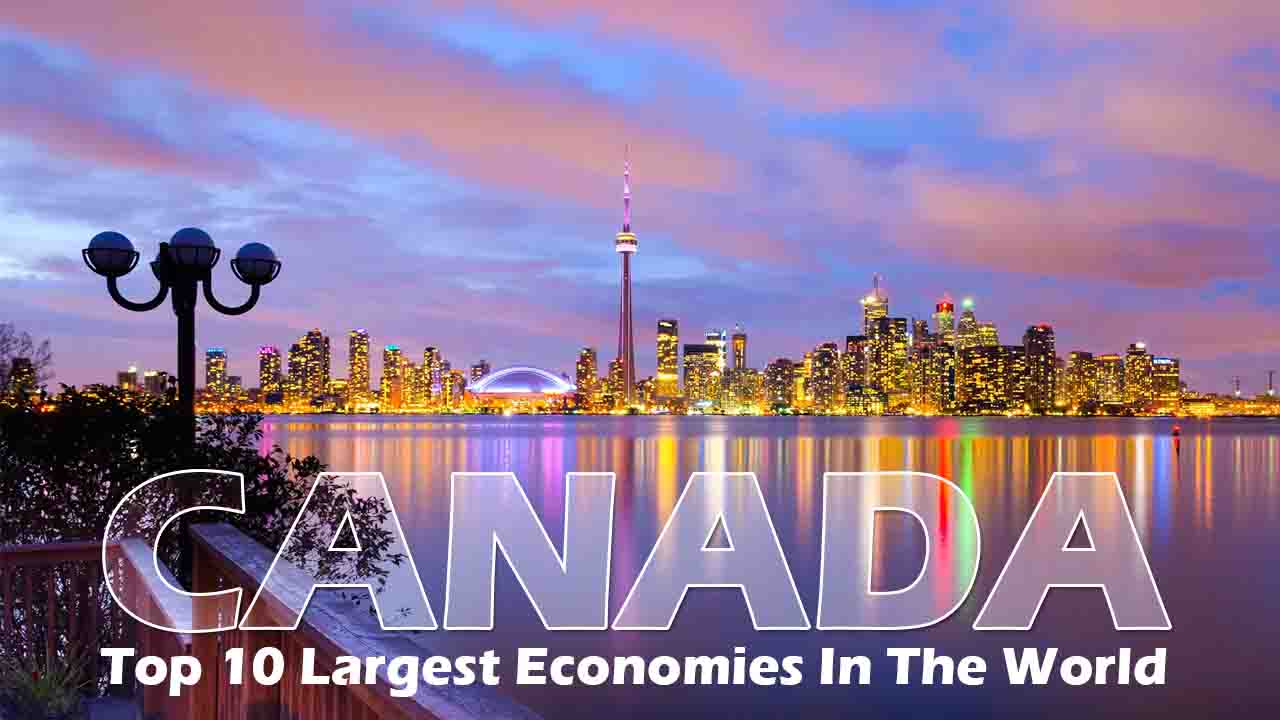 Canada is a key member of the World Trade Organization (WTO) since 1995. They have a well-educated workforce and the business supporting Government which makes Canada a preferred investment destination. The economy of Canada is dominated by the Service industry. A large part of their economy depends on the mining of natural resources as they are abundantly available in Canada.

Some of the main industries of the Canadian economy are Transportation Equipment, Minerals, Natural Gas, Food Products, and Fish Products. 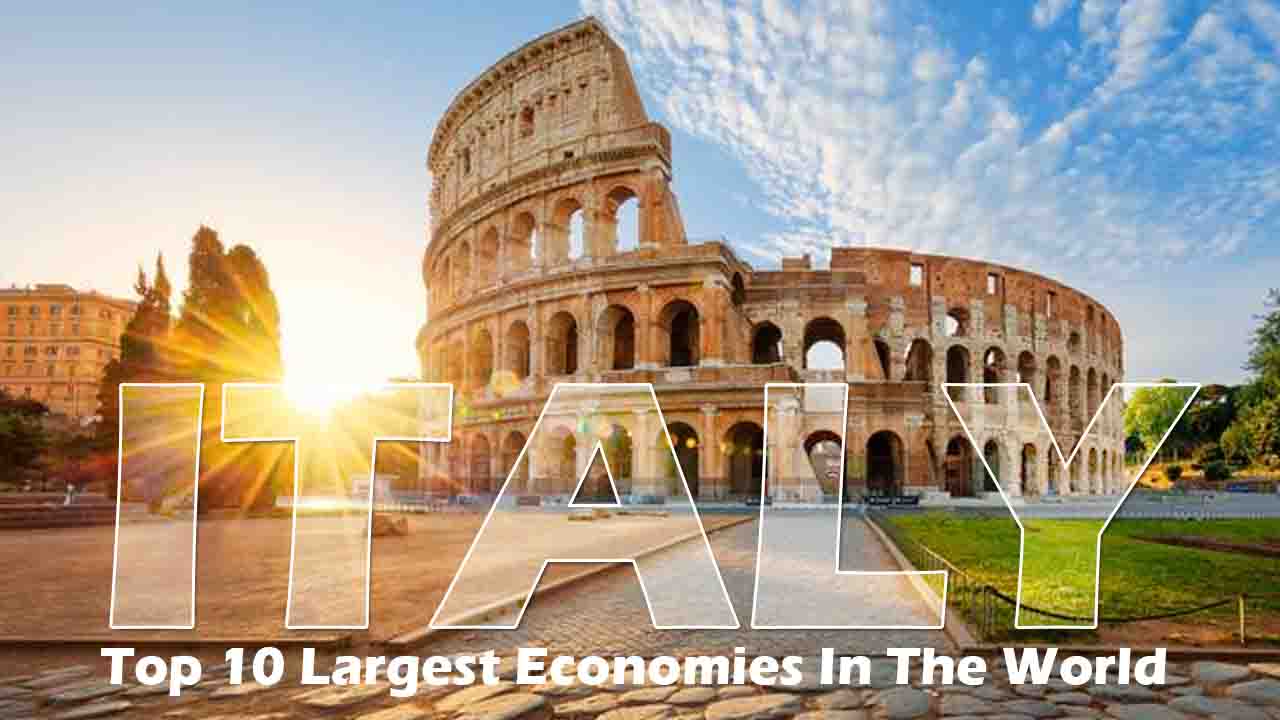 Italy is the third largest national economy of the Eurozone and the ninth largest by GDP. Itlay is a key member of the EU (European Union), the Eurozone, the OECD (Organization For Economic Co-operation and Development),  the G7, and the G20. They are the most influential country in Europe.

They are the Eighth largest exporters in the world. Italy’s diversified economy is driven by the Consumer Goods Industry, Tourism Industry, Machinery, Aircraft, Electronics, etc.

Brazil is the tenth-largest Economy in the World in 2022. The estimated worth of the country’s Natural Resources is $21.8 trillion with Iron Ore as the most useful natural resource of the country. They are the world’s third-largest producer and Exporter of Iron Ore. Brazil is the third largest economy of the Americas.

So, Friends This was the list of the top 10 Largest Economies in the world in 2022. Hope you guys were able to understand about GDP of these countries in a simple way. Furthermore, next year’s list will be more interesting to look forward to.