Tadap Movie Review- Today we are going to talk about an Upcoming Indian Hindi Language Romantic Action Drama film Tadap Review with some interesting facts such as Cast and Crew, Release Date, and Official Trailer.

As we all understand according to the film name, it’s an Indian Romantic film and you will get to watch a love story in this film. And also we know that Bollywood is best known for its Romantic Films such as DDLJ, Kal Ho Na Ho, etc but at this time I hope we get something different to watch.

Because the trailer of this film is really very Interesting, here we get some hints about this film firstly Ahan Shetty is a very good boy and loving person and after some time, he changed into a Villain. And start Fighting for his Love now only Director and God knows did he get his love in the end or not.

Director Milan Luthria already created some Romantic films in the Bollywood film industry such as Deewaar, Once Upon a time in Mumbai, & Baadshaho, etc. Hopefully, this time director will be able to create interesting chemistry between Ahan Shetty and Tara Sutaria and the audience will get to see something new.

The film’s story is based on Issan (Ahan Shetty) living in Masoori, Uttrakhand, and Ramisa (Tara Sutaria) returning from a foreign region. Where Issan falls in love with Ramisa when he meets her and both want to get married.

So he tells his parents about his love and the story of the film starts changing from here as his family members don’t like this relationship and they want to separate them.

Now Issan has to get Ramisa back in his life and what he has to do to get her.

He is an Indian film Actor and the interesting thing is Ahan Shetty is going to make his digital debut with the film Tadap. He is the son of Sunil Shetty and Mana Shetty. Here we all know Sunil Shetty is one of the most popular Indian actors who is best known for his Action films.

So now we know that Ahan Shetty has already a Filmy Background then we hope he is a good actor and he tried his best in this film. 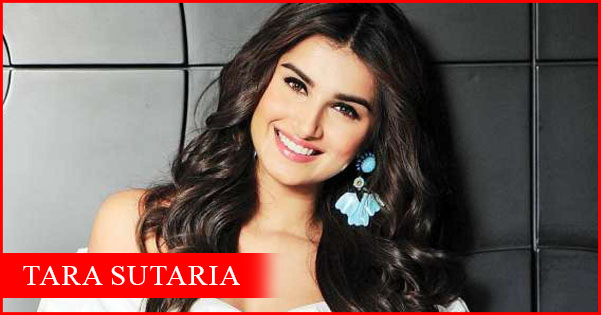 Tara Sutaria is an Indian film actress, singer, and dancer. She made her acting debut with the most popular film Student of the Year 2 and for which she won Zee Cine Award for best female debut and also she was nominated for the Filmfare Award for the Best Female Debut.

Recently she worked in a Marjaavaan film where she played a mute girl role and everybody loves her performance.