Last Date of Surrender Ration Card- Hello Friends welcome to the New Aware India blog here we try to make you all aware so that you can take advantage of the facilities and you can avoid any kind of penalty. Like Ration Card, now the UP Government has made some changes in the rules related to the Ration Card so that maximum benefit can be given to the people in the coming time. 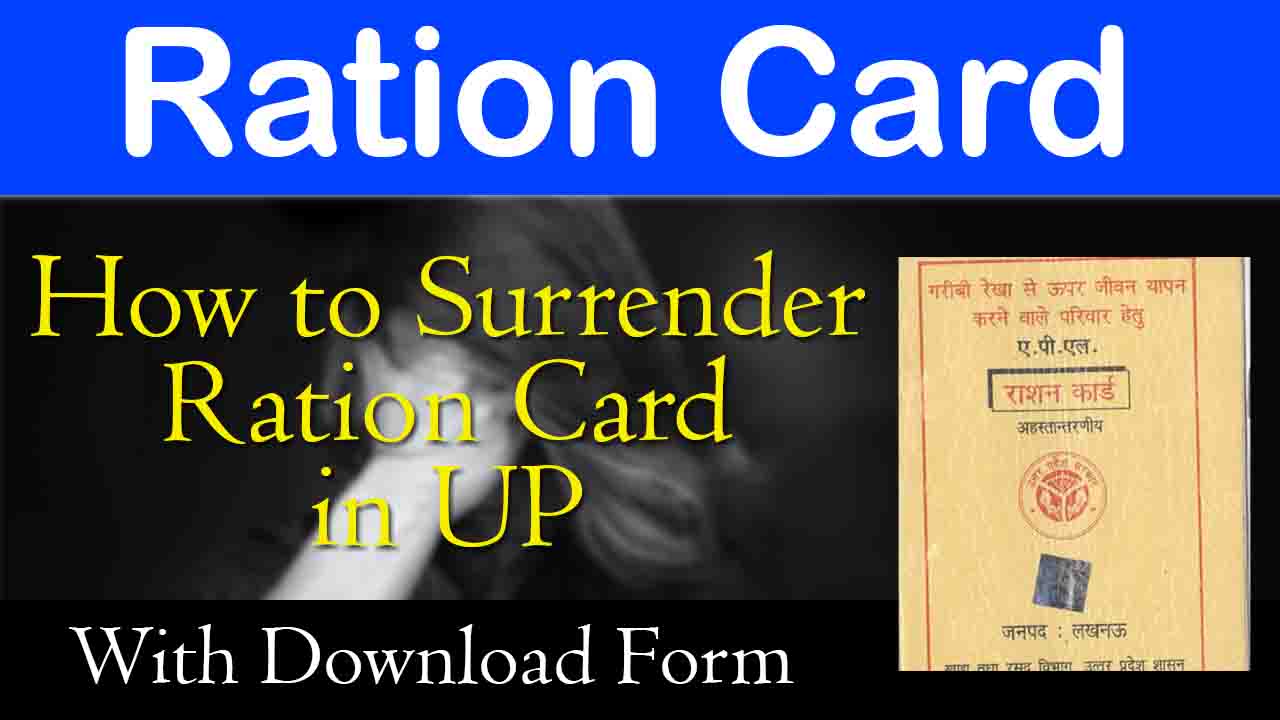 How to Know you are Eligible for Ration Card or Not

To know the eligibility of the Ration Card, the UP Government has set some terms and conditions, in which the following things have been kept.

How to Surrender Ration Card in UP

According to which UP Ration Card will be Recovered from Ineligible People. Recovery Rate-

If any ineligible is found in the investigation, according to the District Magistrate – Rs.24 per kg for wheat and Rs.32 per kg for rice and salt, sugar, oil, and other materials will be recovered from the market rate.

You May Also Rad